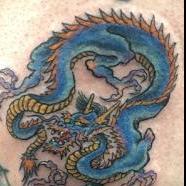 I got my first tattoo about 5 years ago when my wife decided it was time for her to get a new tattoo after a long break.  We decided to get matching tattoos of a terrible drawing I had done on a 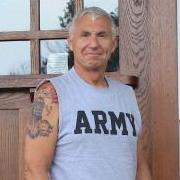 I got my first about six months ago...a month shy of my 61st birthday. Got my second last Saturday. After many years of finding excuses not to do it, I finally decided it was time to make it happen. W

the heart with the key and banner was my first tattoo,I got it in 1985,(I was 26)it was for an ex-wife with her name in the banner.it was flash off the wall,that's the way it was back then. and a