Is my tattoo infected or just a rash? 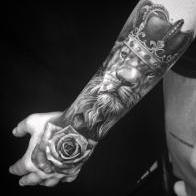