Guys am i allergic to yellow ink? (photos inside) 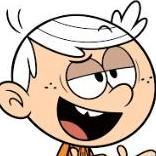