A Tragedy in the Tattoo Parlor (NY Times) 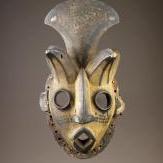 By PinkUnicorn,
October 5, 2018 in Tattoo TV Shows, Documentaries and Media