Please help me decide what to do about tattoo. Opinions wanted! 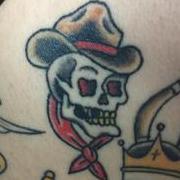