Is dotwork a fad or does it have a place in traditional tattooing? 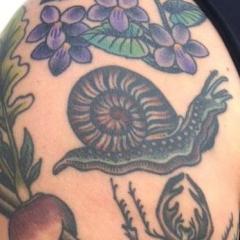